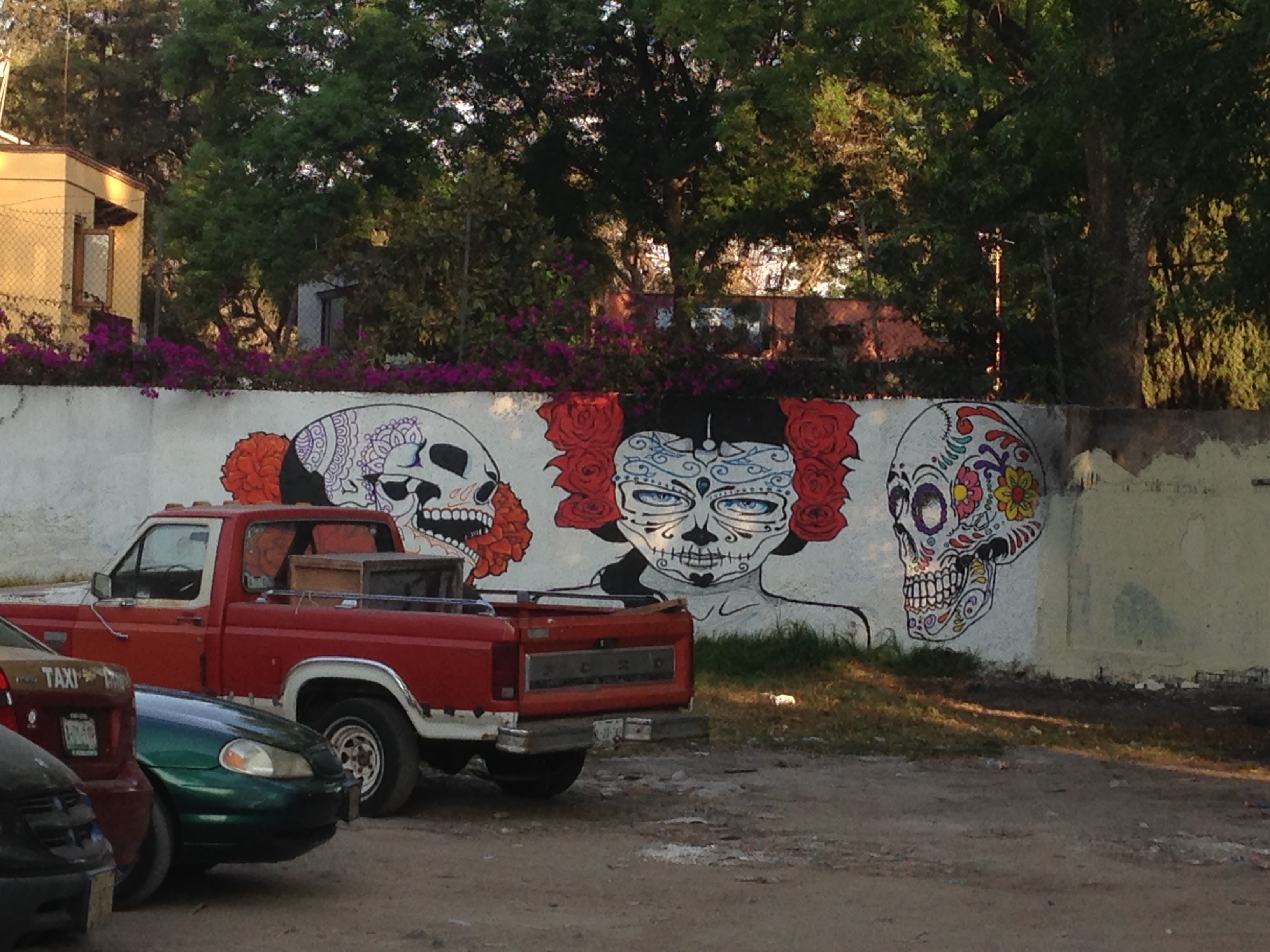 It started early, at a big house party, part way through an Orangina bottle filled with no-name mezcal. My friend was wearing golden wings on his head and tripping on MDMA, and I was dressed in a pink and white bedsheet. The party’s theme was ancient Greece but as the night turned into morning it started looking more like a party with half naked people and people in streetwear. There were a few guys singing and a pre-group-sex-slow-dance looking activity taking place in the dark living room. Someone emerged with a full bottle of gin and we made gimlets. The various and sundry drunken male behaviours started getting really annoying. When I started using a tapered candle as if it was a fencing sword to prevent this really drunk guy from hanging off me, I realized it was time to leave.

I took off my sheet and put on my helmet and rode my road bike home as fast as I could. I really only had to stop once on the way back, when a car turned right onto Insurgentes off of Niza but from the centre lane. The men in the car were drunk too, I could tell by their yelling, and they and I slammed on the breaks. Then one of the guys made a loud kissing sound at me and they squealed off. Disgusting.

I slept for a few hours. When I woke I opened my facebook and learned that Ali Mustafa, an independent journalist from Toronto I had met at the G-20 in 2010 was killed that day in Syria, in a bombing. He was a great guy. We’d emailed and swapped stories about trying to get by as freelancers over the years. I didn’t even know he had been in Syria. Lots of my friends from up north were posting about it, Canada is so small that it feels like everyone knows each other in the worlds of activism and indy journalism. I knew it was real but it almost didn’t seem real. My heart felt heavy. He was only 29.

Around noon I rode my bike over to my lover’s house and drank green tea and ate a breakfast of eggs with pan-fried nopales. I checked out the cucumbers I planted there on New Year’s Day, there were lots of flowers and one fruit the size of a tiny pickle. I watered the other plants I keep on his balcony. I read Time Out Mexico and Emeequis magazine, ate a taco with left over meat and drank a random can of Captain Morgan’s rum and coke left over from a party, and we watched three episodes of House of Cards. Then we had a long conversation about life and work. Later when it was dark out we went up the street for Yucateco, and to the bakery for some milk and pastries.

Eventually we came home and watched two more episodes of House of Cards in bed. I fell asleep and slept soundly for the first time in days.