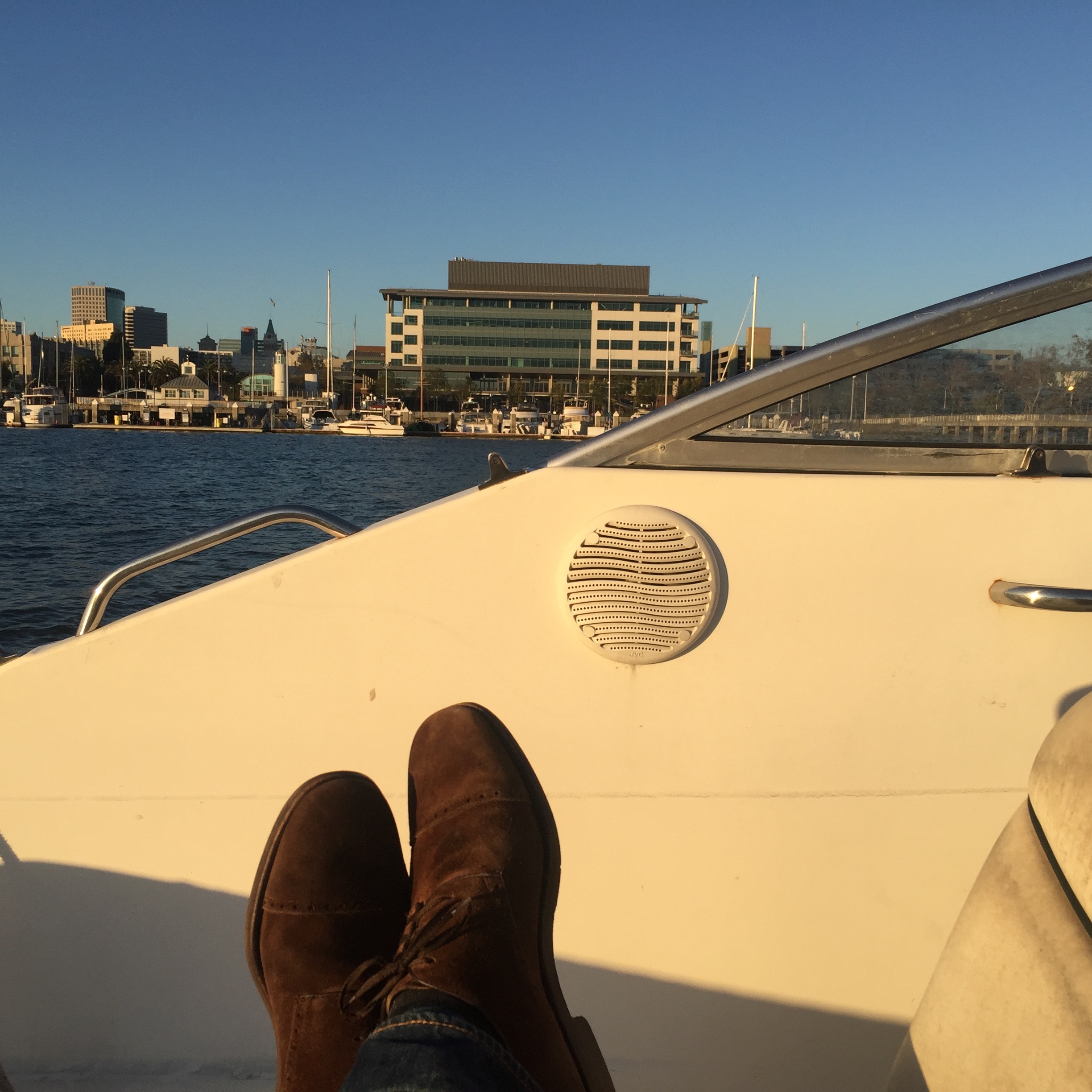 On March 9, I played tourist in my city.

There was a visiting Princess Di exhibit at the Queen Mary, a glamorous old ship from the last century that is now permanently moored in Long Beach. The luxury cruise ship where Winston Churchill drafted plans for the Invasion of Normandy is now a floating hotel, wedding site and tourist attraction. Mark and I had previously only been on the ship to visit the Observation Bar, a beautiful art-deco saloon with live music, lots of curvy dark wood and a gorgeous view of Long Beach’s skyline. You feel like you’re in the first class of the Titanic, but hopefully with a better ending. So when we saw a very discounted Groupon for two tickets to the exhibit and a night in the hotel, we jumped on it.

We arrived at the ship in the late afternoon on March 9, only to find hundreds of people milling around outside. We couldn’t check into our room because there was a power outage and the entire ship was being evacuated. We couldn’t see the exhibit, because it was closed along with the rest of the hotel. We ended up heading to the nearby Hotel Maya, sipping margaritas as the sun set, and then we were able to get into our room. The old ship cabins have been transformed into hotel rooms, so I expected a pretty tight fit. But I forgot this was once the most luxe ship on the seas and was pleasantly surprised by a two-room cabin. The water and power had been modernized, but they retained the history of the ship, beautiful wood paneling and funky, ornate fixtures. We had dinner at Sir Winston’s, an over-priced restaurant on the top floor of the ship. It was well worth it. The chateaubriand was amazing, and we had an incredible view of Long Beach’s lit skyline. We live in a city that so many tourists and conventioneers visit every year, but we so rarely see it through their eyes. It was nice to see it from the other side, to be reminded of why we chose to make a home here 14 years ago, before we had a community of friends or any anchor here.

[On a side note, we got to check out the Princess Di exhibit the next day, after a lengthy brunch with friends. I am obsessed with British royalty in centuries past, but I found the exhibit fascinating. The clothing and vintage pictures were cool, but what I most liked were the hand-written letters from Di’s youth, before she met Prince Charles. She was funny, uncomfortable, obnoxious, and just a typical teenager unaware of her fate – marrying a man who could one day make her queen, the marriage falling apart and her tragic death. In the interest of transparency, Mark was way less enthralled by the exhibit than I was, finishing it in about one-third the time I did and whiling away his wait at the aforementioned Observation Bar.]