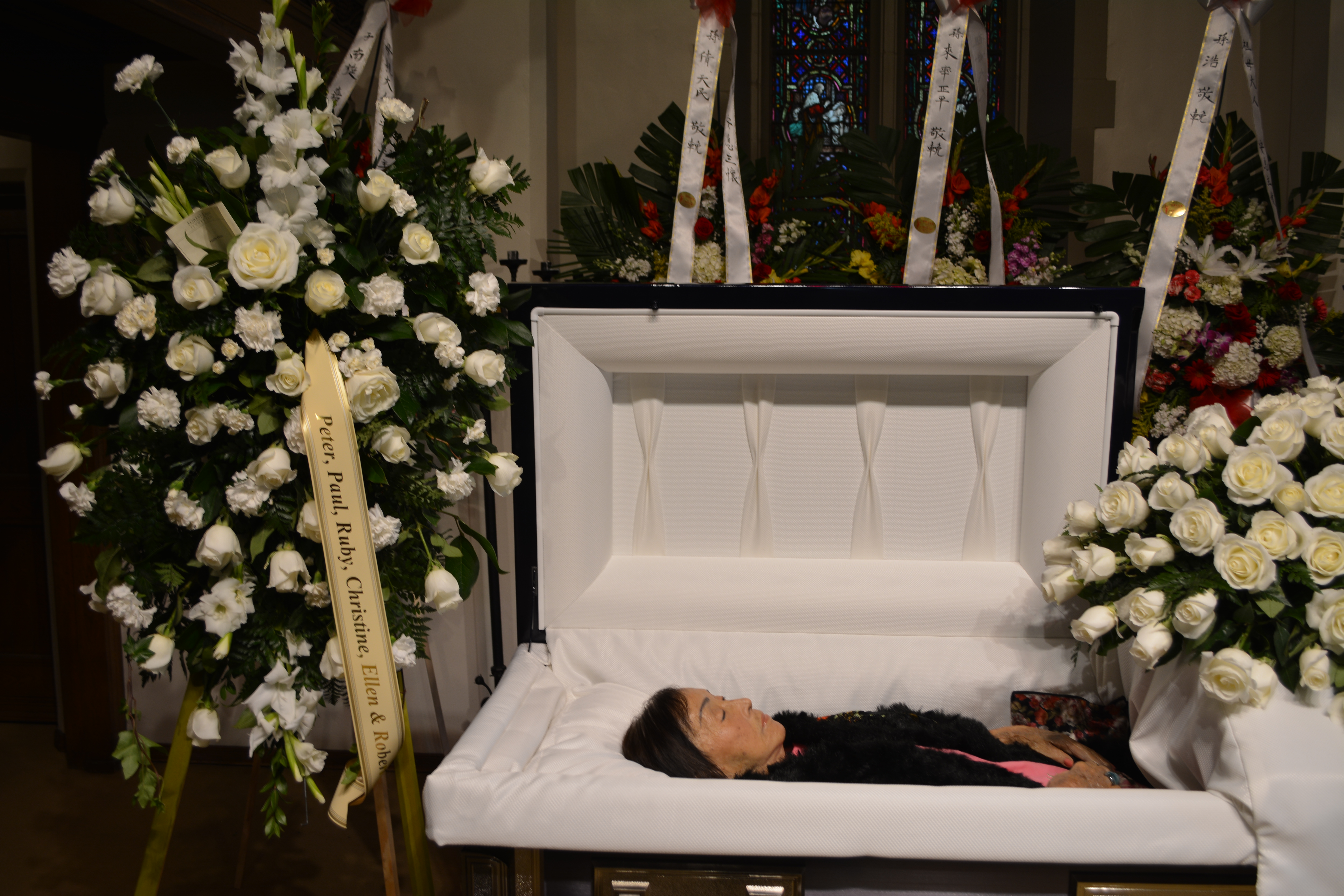 My grandmother slept uneasily during the hour that I sat beside her death bed. Every 10 minutes or so, she would sit up and say she was too hot or too cold, and I would add blankets or remove them. At one point, she stirred and said to the nurse “Tylenol 3,” holding up three fingers. She had worked all her life as a registered nurse and knew exactly what she wanted.

She asked me in Chinese at one point, “Where’s the baby?” I said he was home.  She fell back into her pillow. The nurse had propped her almost vertically so she wouldn’t choke on her own spit. I looked from my iPad to her pale face to the clock.

Visiting hours were coming to a close and I had to get back to the hotel to prepare for an early conference start the next morning. She woke when I stood to leave, and I could tell her eyes were wet. The weight of that moment felt unreal. I couldn’t grasp what was happening. We both knew this was the last time we’d see each other.

I said I had to leave.

“Thank you,” she said to me in Chinese. She had never thanked me for much during her life.

I wanted to say “Thank you” back to her, but instead I said, “Rest.”

My mind was filled then with memories of the morning 43 years ago when I had visited my grandfather, her husband, at his hospital deathbed in Taiwan. My mother and I had said a fragile goodbye, we were returning to California the next day. When we were putting on our coats outside the hospital room, he suffered a massive hemorrhage. The man in the next hospital bed rang the alarm, and my mother rushed into the room with the nurses, and I saw him cough up blood from his mouth and nose. We stayed in Taiwan for another two months to arrange his funeral.

This time, with my grandmother, I feared the scene would repeat itself. I silently left the room, travelled halfway down the hospital hallway and then ducked my head back into the doorway. She was asleep once more.